The great grassland of Tanzania of East Africa gradually has been exhausted since June of every year, so the foods are less than ordinary time. For food, grassland animals of East Africa travel more than 3,000 kilometers to perform the most spectacular animal migration on Earth. For great migration of east African animals in every year, let me lead you all into Sept., 2016. Millions of animal troops had been rolling over the vast grasslands, with spectacle and great momentum. These grassland animals migrated from southern Serengeti Park in Tanzania to the Masai Mara Game Reserve in Kenya. 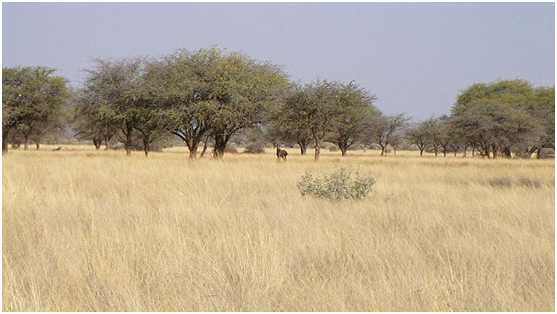 Millions of wildebeests, hundreds of thousands of zebras and antelopes have traveled more than 3,000 kilometers from the Serengeti Reserve in Tanzania forward to north, ending in Kenya’s Masai Mara National Reserve. In meantime, these grassland animals not only must cross the grasslands where lions and leopards lie in ambush, but they should also be on guard against jackals and crocodiles gathering on both sides of the narrow Mala River. These carnivores are ready to share the coming feast at the time of every year.

After reaching the destination as just two or three months, due to climate change, the expedition of more than two million herbivorous wildlife will once again go back to Serengeti in seeking of grass as food. Of the millions of migrants, only 30% of the lucky ones are able to return to their places of origin in every year, and average of 400,000 new lives have been born along with them on a thrilling journey.

From December to May of each year, African herbivores always relax in the Reserve of Serengeti National Park. There are abundant plants and water that provide enough food for them.

Africa’s Serengeti National Park has had its dry season since mid-to-late May, when the park’s water and grasses cannot meet the needs of a large number of herbivores, so herbivores migrate to northwest of Serengeti to catch up with the grass and water. Every June is the breast-feeding season for African animals, at which time a large number of small wildebeests are born on the migratory path, so big migrations are absolutely difficult for these small animals.

By July and August of each year, the continuous drought has threatened the lives of animals seriously, so a large number of animals have had to cross the Mala River to Masai Mara, this situation will continue until September of each year.

Since October, East Africa’s Serengeti great grassland has had a rainy season again, and the grass is turning green with rain. At the same time, with only about a tenth of the area of Serengeti, Masai Mara National Park is not enough to sustain a large number of herbivores. So the animals started moving southward from the east to Serengeti, and the whole process will last about a month. Basically, it ends in December each year.