Speaking of edible blend oil, we are not stranger with it. It is made from two or more than two edible oils. In recent years, blending oil has been favored by more and more consumers with its unique nutrition concept. However, in early April this year, CCTV reporters through more than half a year of in-depth investigation found that a number of so-called cooking blended oil in a wide range of categories actually do not have the same impression as consumers. So what is inside of edible blend oil?

Taking the olive oil blend oil for example, although these olive blend oil are from different manufacturers, as same point the most of packages of products are with the large size of advertising words, namely nominal “super virgin olives” and “olive fragrance” and the words of “edible blend oil” are quite small, light color. If you do not carefully distinguish, these oils will confuse you seemly like pure olive oil. And a large number of so-called olive blending oil in the ingredient list only marks the name of ingredients without specifying the specific additive amount or content. Other so-called high end blending oils such as Camellia blending oil and walnut blending oil, have similar problems. 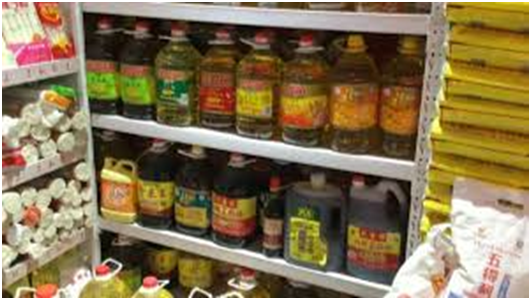 Intentionally highlighting olive oil, camellia oil and other high-end oils without specifying the specific contents and ingredients is always the way from profiteer, what kind of hidden is for inside-story of the edible blend oil with illegal deal product packages?

West Sea Cereals and Oils food Co., Ltd. Of Fujian Province is one of the largest edible oil processing enterprises in Fuzhou. The company’s head introduces that their factory mainly processes the edible blend oil which sell all over the country with more than one billion revenue per year!

Reporters saw the new packaging of Fugongfang brand olive blending oil, as ingredients table with a detailed annotation: corn oil content 95%, olive oil content 5%. According to the international standard oil price at that time, the reporter calculated that the price of olive oil per ton is more than RMB 40,000 yuan, the nominal addition of 5% per barrel of oil then the cost is about RMB 10 yuan. The price of corn oil is about RMB 7000 yuan per ton, nominal addition of 95% per barrel then the cost is about 30 yuan. The whole barrel of blended oil has reached RMB 40 yuan in raw material cost alone, but the ex-work price of this enterprise only sell to about RMB 32 yuan.

Instead of losing money, the company’s executives admit, they’ve made a few moves on ingredients, adding a lot of cheap soybean oil. Soybean oil accounts is for almost 50% of the total.

Sales director, west Sea Cereals and Oils food Co., Ltd. Of Fujian province, stated “The general formula is basically the same around a lot of edible factories, meanwhile at least Inspection from the industry and Commerce Bureau will not find out the problem; consumers can not eat to dead; not gutter oil, these are the most basic conditions.” 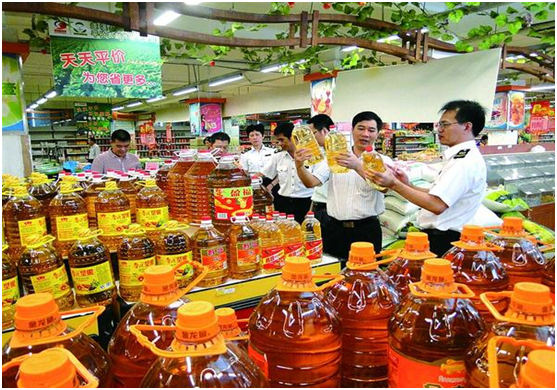