What is the Black Friday? American Christmas purchases generally start after Thanksgiving. Thanksgiving is the fourth Thursday of every year in November. So its second day is the first day of American big purchases. On this day, American malls will launch a large number of discounts and promotions to carry out the last large-scale promotion at the end of the year. Because American shopping malls generally record deficits with red pens, and record profits with black pens, and the crazy buying of people this Friday after Thanksgiving has greatly increased the profits of shopping malls, so they are called Black Friday by merchants. Merchants expect to get the most profit for the year through the big Christmas purchases that started this day.

Black Friday 2018 isn’t just another day of deals, it’s the biggest buying holiday in the United States. As online purchases have grown year over year, online Black Friday deals shopping has grown right along with it. Though there are still quite a few retailers offering special in-store discounts, the majority of the Black Friday ads show savings will also be available online this year. This shift to an ecommerce model is great for anyone who enjoys browsing deals in their pajamas, but it also creates an overwhelming scope of savings to sift through. 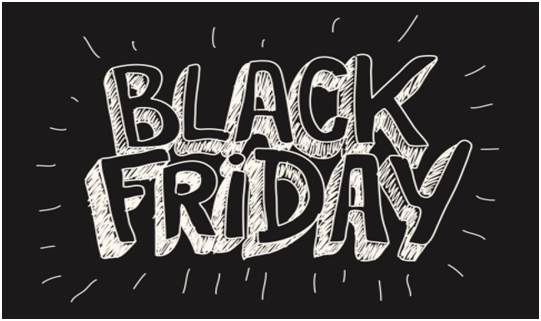 On Black Friday, most shops open at five or six in the morning, some even earlier. Merchants will also advertise in the newspapers a few days before Thanksgiving, issue coupons, and significantly reduce the price of goods to attract customers. Many consumers see this day as a golden moment for preparing Christmas gifts or buying bargains. Due to the limited number of price-cutting products, many popular stores will line up in the front of the night. Since each merchant has to publish its list of price-cut goods at the last minute, and regards this as a trade secret, the price reduction information obtained from various channels has often appeared on the Internet a few weeks ago, which has led to some legal disputes.

There is a question: generally speaking, yes they are–although in some cases the discounts have been negotiated well in advance with suppliers, so they’re not as spontaneous as the sellers might have you believe. As with any sales event, you’ll see a mixture of genuine bargains, discounted end-of-line stock and strange things found in the back of a warehouse somewhere. In 2016, consumer magazine ‘Which?’ accused retailers of some pretty dodgy behavior. If you avoid the slightly-shifty stuff, though, you can get some really great deals. For example, last year we got tons of money off 5K iMacs, Hi-Res audio players, wireless headphones and tons of Christmas presents. And some TechRadar writers were physically restrained from spending all our savings on electric guitars, which were getting some serious discounting on high-end models.

And there are still many information about the Black Friday that maybe you are interested in.